Singer Joe Walks Out On Interview

He walked out with good reason! These silly girls are on the air and I'm not?!

This could potentially be a Pepsi Commercial. It makes me a little sad and proud simultaneously, because we all need to remember that we were once innocent little kids just trying to our thing before the monsters of the world turned us inside out. That little kid still resides in each of us and deserves to be acknowledged and appreciated for helping us to dream big and actualize our full adult potential in making that dream a reality. I am proud of all the little Michael was able to accomplish and saddened by all the crippling blows adult Michael had to endure for no other particular reason than people's adverse reaction to someone daring to live out the big, beautiful potential of their souls that God has granted to everyone courageous enough to take that journey.

Posted by arhampton at 2:21 PM No comments:

Posted by arhampton at 7:22 PM No comments:

J Moss' Affair...What do you think? 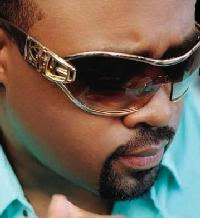 Last year, acclaimed gospel artist J Moss had to admit to an extramarital affair that produced a third child. Yes, church folk hypocrisy is alive and well! Although I'm not trying to judge too harshly, I do have this question...

Is the source of his repentance the fact that he got caught? How long would he have cheated if he had not been exposed?

I am not perfect by any degree, but I do have problems with people who wrap themselves in church business and profit from it while living double lives...until they are exposed.

If you're making money off church folks, shouldn't you act right just a little bit or is living right an outdated concept in the Black church these days? Is it all just a hustle?

Pride, man's hubris, thinking that he can do what he wants because of his status is still the bane of a successful man's existence and downfall.

Now what about the two women involved in this good Christian man's web of deception? One remains married, but lives with the daily embarrassing reminders of her husband's deceit -- and the other gets child support, but no real spiritual or emotional support from the baby's daddy.

But...we'll still listen to his music and forgive him because we've all sinned and come short of the glory of God right?

Read the EURWEB story below:

Even months after an extra marital affair became public, J Moss says a lump is swelling I his throat as he recalls confessing to Melanie, his wife that he'd cheated.

Moss describes the moment he spoke those words as "horrific," but wanted to tell her before rumors of his 2008 affair got out of control.

"It's ironic. The very person that I defied, betrayed and cheated and hurt so badly saved my life, he confides, meaning those words literally.

Defaming comments from the blogsphere had taken their toll on the acclaimed, singer, writer and producer to the point that he contemplated taking his life multiple times.

"I was extremely depressed, it was a dark time for me. That was the point I wanted to take my life. I was plotting it out. I had the gun in my hands a few times, pills in my hands ..."

Moss shares these and other shocking revelations in an exclusive one-on-one in "Precious Times" magazine about an extra marital relationship that produced his third son and the restoration he has experienced since the fall out.
Posted by arhampton at 9:05 AM 6 comments:

Posted by arhampton at 8:54 AM No comments: