Soul Inspiration: Have You Forgotten?

Have you forgotten who you are, that you were born a child of God, a divine hand, a piece of a giant collective heart that lives to love and loves to live?

Have you forgotten that you matter, that you are infused with a divine power and, because of this gift, you are powerful beyond measure?

Have you forgotten that when loneliness, struggle, fear and limitation are present, they are nothing but states of consciousness that are just an illusion, an intermittent interference, a smokescreen hiding the true essence of who you are?

Have you forgotten that we were all created equal and that it is our birthright to be treated that way?

Just for today, live like it is your piece that the world needs and is waiting for. Watch, as you step into this truth, how the universe opens up its arms to you. Watch as the world shifts right in front of your eyes and how your essence turns back into a part of the divine herself.

Do it for no other reason than to bring a little more peace and EQUALITY to the world today. Do it so that you remember the great gift of life - which is YOU. And in doing so, you will remind others - through reflection - the great gift that they are to this world.

Remember YOU are the love WE are waiting for.

With love and deep gratitude for allowing me to share my piece with you,

Debbie Ford
Posted by arhampton at 8:23 AM No comments:

Al B. Sure is Coming Back!

May 20, 2009
*Al B. Sure! is the newest artist under Hidden Beach Recordings and will release his first album for the label on June 23.

Titled "Honey I'm Home," the 13-track CD is his first new studio project in more than 15 years. Ten of the songs were written and co-produced by the artist himself.

The set revolves around the central themes of love, romance and relationships, reports Billboard.com. The lead single, "I Love It (Papi Aye, Aye, Aye)," was co-produced by his longtime writing and producing partner Kyle West and also features cellist Tina Guo. 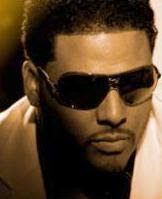 "'Honey I'm Home' is ‘In Effect Mode' 2009 on steroids," says Sure!, who has spent the last several years writing and producing on projects by David Bowie, Richie Sambora, Faith Evans and Usher, among others. "I didn't want to do a trendy record or sound like everyone else. This is the grown-up version of me and all that I've experienced in the interim."

Pre-orders of "Honey I'm Home" are available at hiddenbeach.com/albsure. You can also check out tracks from the CD there, too. Additional information about Sure! and the album can be found on the singer's web site, albsurelove.com.

This has a nice, smooth jazz vibe to it. Great for summer fun in the sun!

Three years ago, James Day came out of nowhere to dominate our charts with one of tHe most popular albums of 2006. His combination of great songwriting skills and the ability to attract top-notch collaborators helped create a brilliant debut with his Better Days. 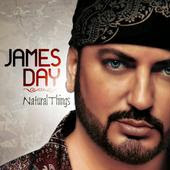 Now James is back on Expansion Records with his sophomore disc, Natural Things. Working with such notable artists as Mikelyn Roderick, Audrey Wheeler, Ian Martin, U-Nam, Gavin Christopher, Walter Beasley, Jeff Ramsey and more, he has fashioned another killer disc that lovers of sophisticated soul should eat up. And we're honored that James and Expansion are offering SoulTrackers a FREE DOWNLOAD of the great cut, "Speak Love," featuring Mikelyn Roderick. It is a great sneak peek at Natural Things and a reminder of what is so special about James Day. As a bonus, Expansion Records is offering Natural Things at a very special price ONLY FOR SOULTRACKERS! See below for purchase links.

Speak Love
Posted by arhampton at 9:59 AM No comments:

We're extremely saddened to inform SoulTrackers that former NBA great and, more recently, jazz guitarist Wayman Tisdale has died after a 2-year battle with cancer. Tisdale was a three-time All-American at Oklahoma who later starred for the Indiana Pacers, Sacramento Kings and Phoenix Suns in his 12 seasons in the NBA. Tisdale still holds most of the Oklahoma scoring records.

After his retirement, Tisdale became a noted musician, issuing several hit albums on the jazz charts, his most recent being 2008's Rebound. Tisdale is survived by his wife, Regina, and four children. He was 44 years old.
Posted by arhampton at 9:51 AM No comments: 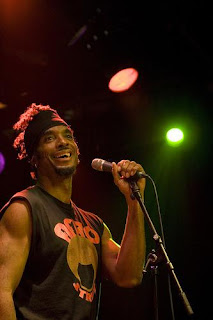 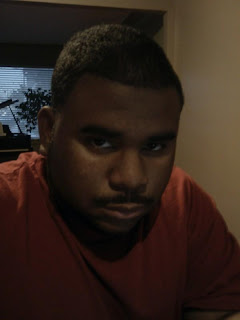 Dorian Anthony Fiddler, the beloved son of Joseph “Amp” Fiddler and Stacey Willoughby passed away unexpectedly on the morning of Friday 1st May 2009. He had only that week been taken into hospital and diagnosed with diabetes, which led to his sudden and subsequent death.

Born January 11, 1991, Dorian was an accomplished drummer and trumpeter who had adopted his father’s love and devotion of music from an early age and pursued his own musical goals and ambitions with dogged determination and dedication. In recent years he had been a pupil at Detroit’s High School for the Fine and Performing Arts, playing in the school band as well as collaborating with other students. Latterly, he worked beats in the school studios for hours at a time after school, learning all aspects of music production; and when the opportunity presented itself, he joined his father on stage, most recently, during the North American International Auto Show in Detroit in January of this year.

A memorial benefit gig organized by Amp and Dorian's friends was held Thursday May 7in Detroit.

The “One Love Jam” was a fundraiser to assist Amp and his family with the Funeral Services. We are calling on Detroit and world music communities to support one of it's wounded bretheren as he mourns the loss of his only child.

All love offerings are still appreciated. You can donate via paypal memorial account, and of course by check.

or checks should be made out to: "Joseph
Fiddler"

Please keep Amp & his family in your prayers.
Posted by arhampton at 12:03 PM No comments:

All of my titles are available for purchase as E-Books.

Soul Thoughts: Poems & Essays
Set Your Affections On Things Above
Girl, Get Your Soul Straight
Like She Knows Single

Load them on your PDA's, Mobiles, I-Phones or whatever electronic device supports pda files. Especially check out "Soul Thoughts: Poems & Essays"!
Posted by arhampton at 7:08 AM No comments:

Listen to My NeoSoul Rhythms Podcast!

Don't forget to listen to this week's podcast: